Designing pleasing visuals is not that easy, considering there are so many aspects you have to keep in mind.

One exceptional tool that designers swear by is the Golden Ratio. It plays with art, science, and mathematical theories. Yes, you read that right!

While this may come across as a math lesson, the golden ratio in design is, in fact, an interesting concept with a rich history.

In this blog post, we’ll take a look at what the golden ratio means for designers and how this technique helps you create stellar designs.

What is the History Behind the Golden Ratio?

The golden ratio dates back to Greek history where it was mentioned in a book by Eukleides of Alexandria as the “extreme and mean ratio”. Luca Pacioli and Leonardo Da Vinci called it the “divine proportion” and the term “golden ratio” was coined by mathematician Martin Ohm in the 1800s.

The ratio has been used to create pleasing designs and structures like the Parthenon in Greece and the Pyramids in Egypt. 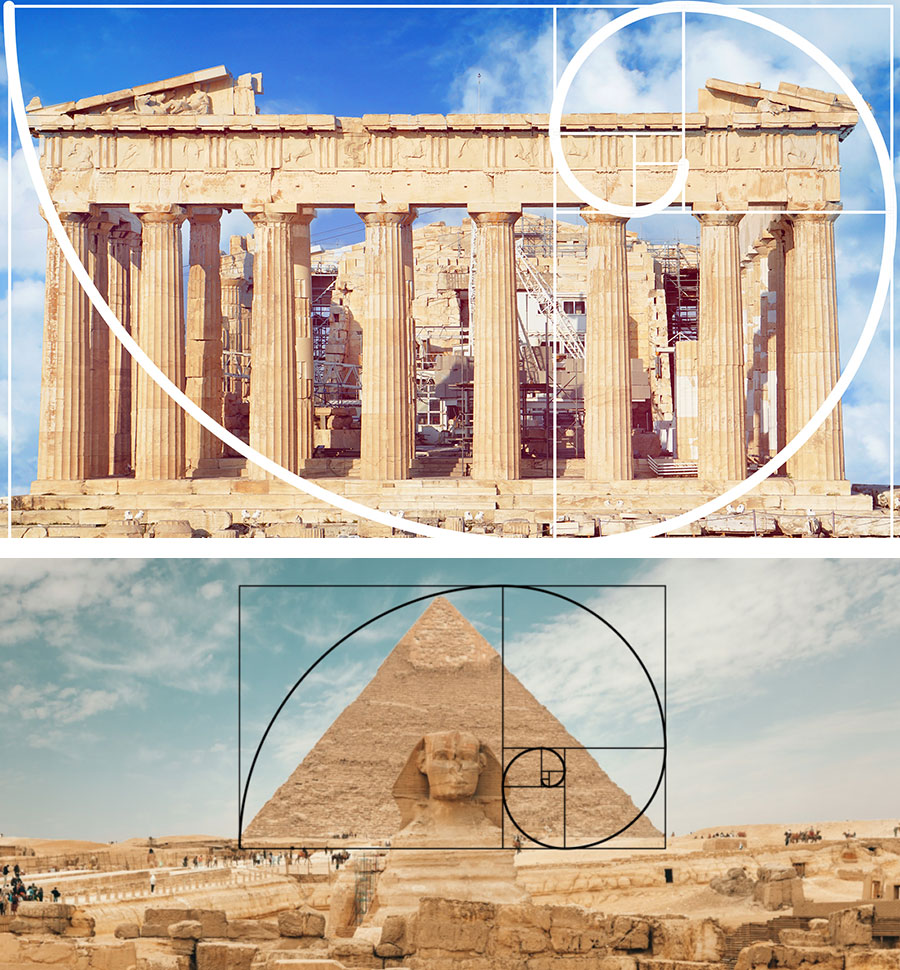 Even our modern-day logos have been built with this awesome technique like Twitter, National Geographic, or Pepsi. 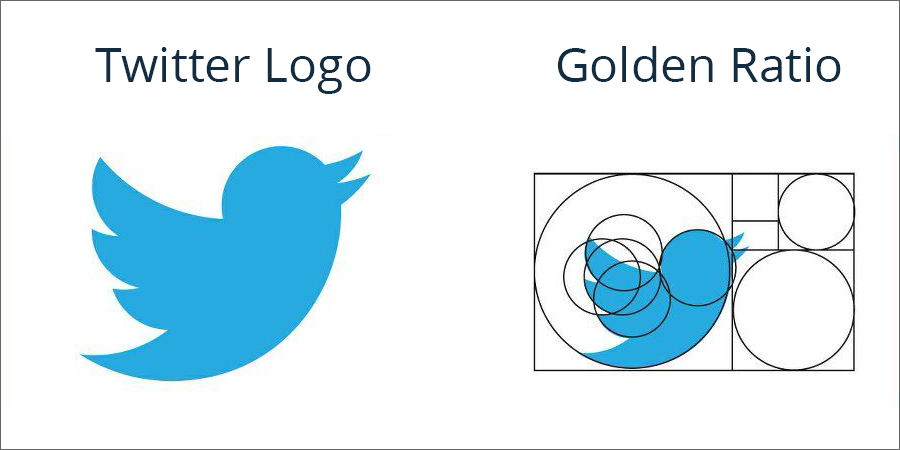 What is the Golden Ratio?

The golden ratio is an irrational mathematical constant which approximately equals to 1.6180. Simply put, the golden ratio, also known as Phi (ɸ), is a shape with a proportion of 1:1.618. 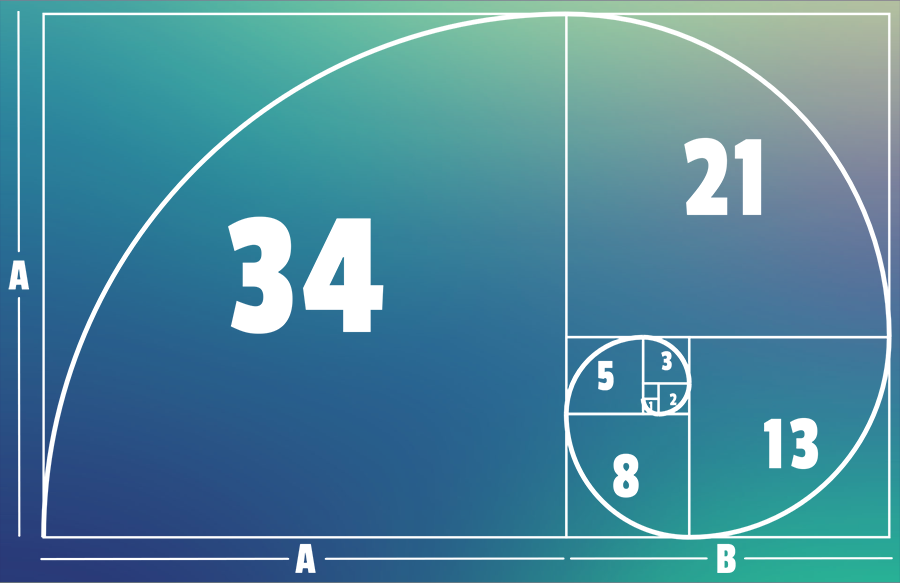 The interesting thing about the golden ratio is that when it’s fractioned within itself, it’s actually pretty perfect. 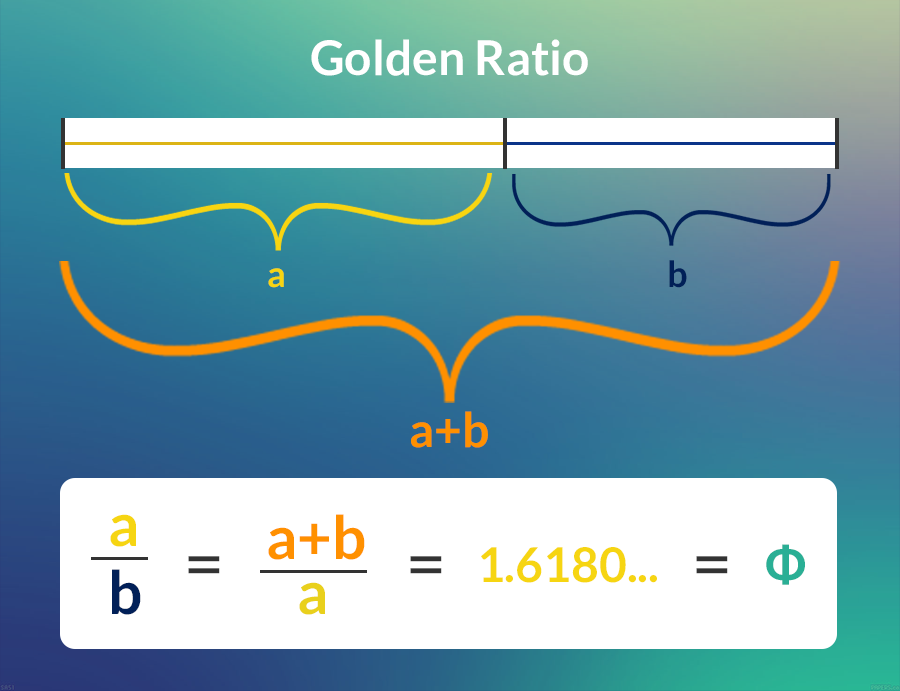 It can be easily calculated using the formula for Phi, which is:

The Fibonacci Sequence and the Golden Ratio

The golden ratio ties closely with the Fibonacci sequence. Let’s understand how.

The Fibonacci sequence is a naturally-occurring sequence. For example, 1, 1, 2, 3, 5, and so on. As you can see, each number occurring in the sequence is the sum of its two predecessors.

The association between the Fibonacci sequence and the golden ratio is that the number (1.618) is present throughout the Fibonacci sequence. This means, if you divide any number within the sequence by its immediate predecessor the result will always be 1.618 approximately and this is why they both produce a similar spiral pattern.

Why Should You Use the Golden Ratio in Design?

It’s not just theory or history but it is key to creating something that establishes the right emotional and visual tone for your users. This ratio helps cue you into areas where your user is most likely to focus.

How can Designers Use it?

The golden ratio is a useful guideline for determining dimensions of the layout. One way is to set your dimensions to 1:1.618. For instance, when you have a 960-pixel width layout, if you divide it by 1.618, you’ll get 594, which will be the height of the layout, and voila! Your layout is easily divided into two columns. 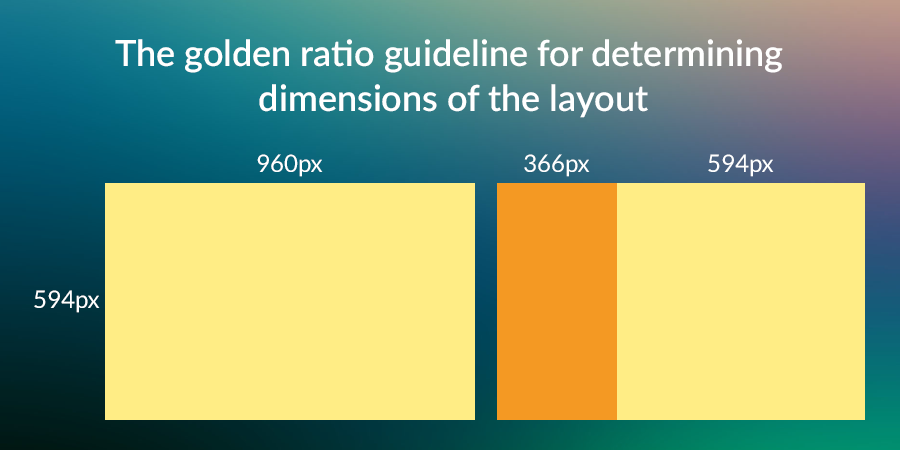 Spacing plays an important part in user experience. To determine the apt space of different elements in your design, start with the golden ratio diagram and let the squares guide where you must place each element. With the golden spiral as a guide, you can take out the guesswork to determine the right placement of content. 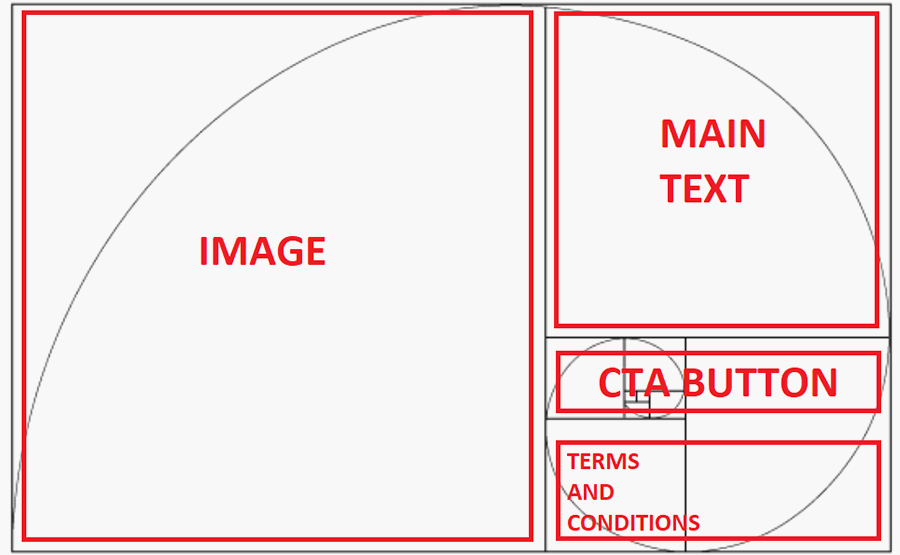 To create efficient typography, you can apply the golden ratio to define an appropriate proportion between the typographic levels. For instance, you can choose a certain size for the heading and then divide it by 1.618 the result will show you the most appropriate size for sub-headings. Here’s how.

When you crop an image, it’s important to make sure the new image is balanced. By imposing the golden spiral onto the cropped image, you can ensure that the focal point lies within the center of the spiral. The cool thing is that the golden spiral works on both portrait and landscape. Here’s an example. 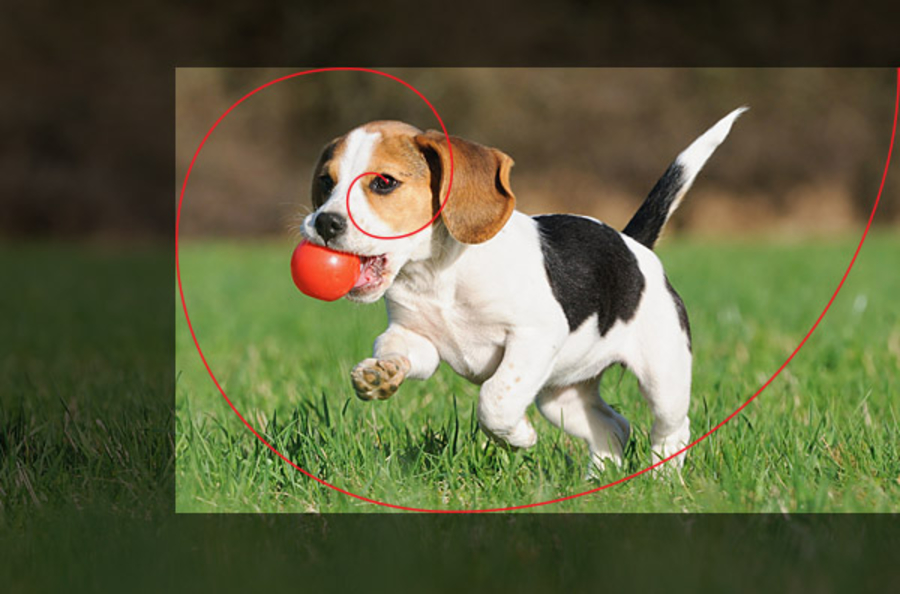 Logo design requires extra attention to detail. The golden ratio helps to place each element in harmony and appropriate proportion to the others. Here’s an example. 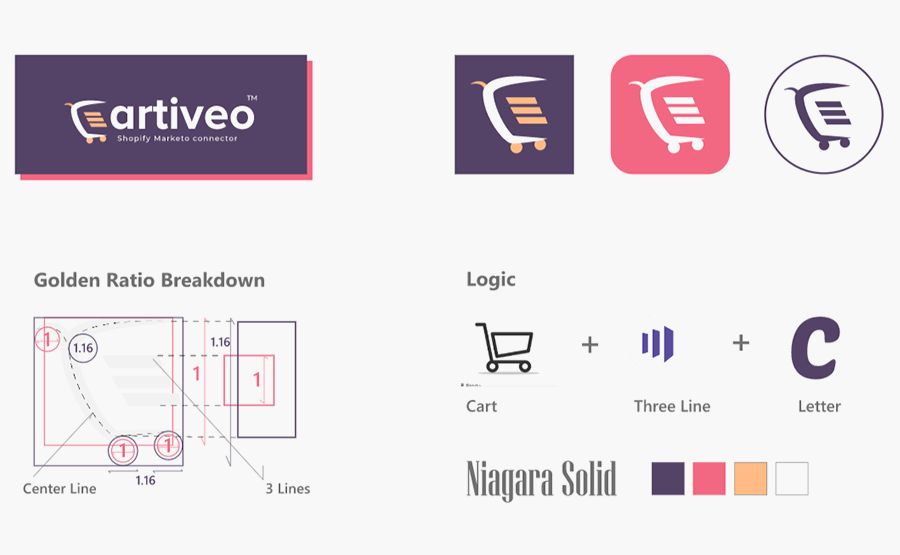 The golden ratio combines a dash of math, art, and a lot of practical applications for designers. Now that you know what the magic of the golden ratio is and how it can be used in design, it’s time to play with golden shapes and see how they give a makeover to the overall look of your next design project.

Wish to take your designs to the next level with golden ratio? Talk to us!

Our design wizards will be delighted to work their golden magic for your brand. Just drop us a line at info@grazitti.com and we’ll take it from there. 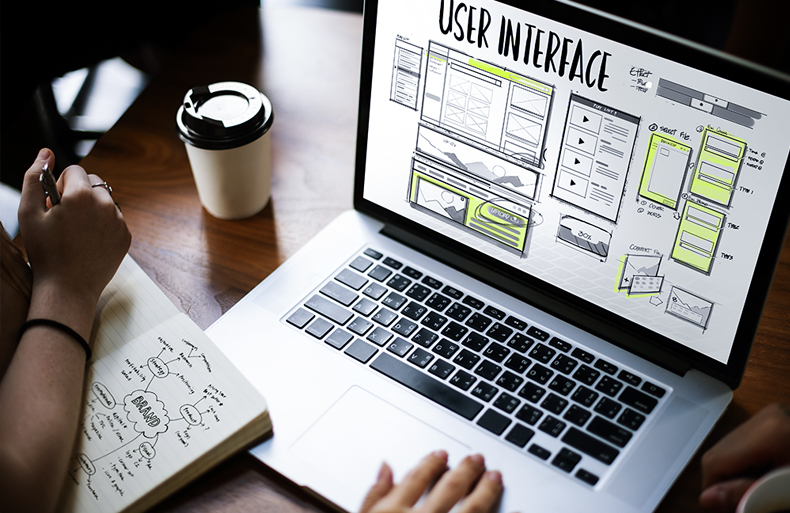 Why You Should Make Design a Part of Your Business Strategy 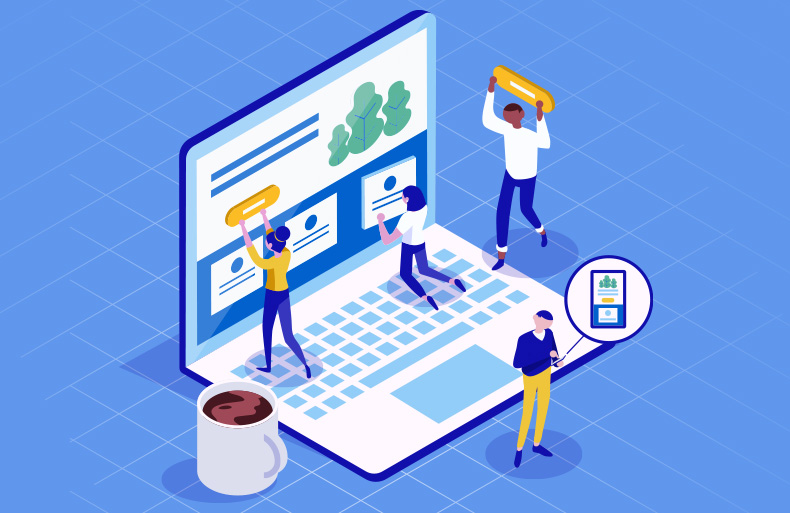 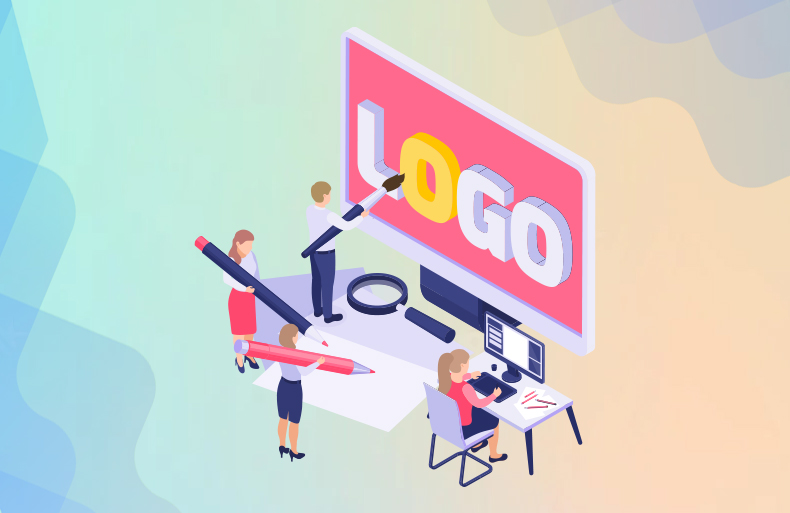