Twitter is one of the largest and fastest growing communication platforms in the world. With a userbase of more than 175 million registered users writing nearly 95 million tweets every day, businesses are using twitter to advertise their business like never before. Twitter has launched its Promoted Products suite of solutions for advertisers. With its new interface, the Twitter homepage is now a more logical place to advertise than it was before.

Ads on Twitter are a bit different from ads shown on other platforms. There are three major types of advertising areas on Twitter.
/wp-content/uploads/2016/04/

Promoted Tweets help you to speak to the users that don’t currently follow your account. These are ordinary Tweets that advertisers pay to highlight to a wider group of users.

When you promote a Tweet, users will find it when they will search for one of the keywords you’ve added to your Tweet. If users click on this Tweet that includes a #hashtag which is being promoted by an advertiser, they may see a Promoted Tweet among the related Tweets in the details pane.

Pricing – Cost per Engagement – only pay when a user retweets, replies to, clicks on or favorites your promoted Tweet.

Twitter has been showing the most commonly used word or phrase known as Trending Topics for a long time. When users click on any trending topic, they are taken to the conversation for that trend. If you haven’t already, do check out the Top 10 Trends section on your Twitter homepage. To monetize the popularity of trends, Promoted Trends appear at the top of the Trending Topics list on Twitter and are clearly marked as “Promoted.” 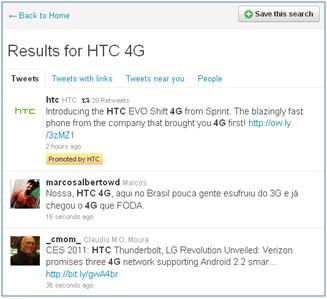 Like all other Trending Topics, Promoted Trends are already popular subjects on Twitter, but may not have made their way into the Trending Topics list yet.

When a user clicks on the Trend, they are taken to the conversation for that trend – with your Promoted Tweets.

Pricing – Promoted Trends are advertised at a Fixed Rate.

Promoted Accounts are aimed at larger businesses that can monetize themselves from having a mass of followers. Whether you’re launching a big product, announcing an event, or just looking to expand your presence online, building a strong base of Twitter followers who will share your content and amplify your message makes all the difference. 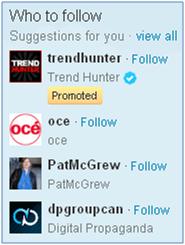 Promoted Accounts are part of “Who to follow – Suggestions for You,” which suggests accounts that people don’t currently follow and may find interesting.

As with Promoted Trends and Promoted Tweets, this suggestion is labeled as ‘Promoted’ to distinguish it from other recommended accounts.

Promoted Accounts are suggested based on a user’s public list of whom they follow. When an advertiser promotes an account, Twitter’s algorithm looks at that account’s followers and determines other accounts that those users tend to follow. If a user follows some of those accounts, but not the advertiser’s account, then Twitter may recommend the advertiser’s Promoted Account to that user.

Pricing – Cost per Impression – is measuring multiple indicators of engagement, such as: retweets, @replies, use of hashtags, avatar clicks, in-tweet link clicks, views after retweet, and more. Collective these indicators are known as “Resonance” and a pricing model based on resonance.

Twitter also provides an Advertising Analytics to display the fundamental metrics of your campaign on the basis of impressions, retweets, clicks, replies, and follows (Promoted Accounts) as they happen.

Contact us to achieve better ROI from your online marketing campaigns. 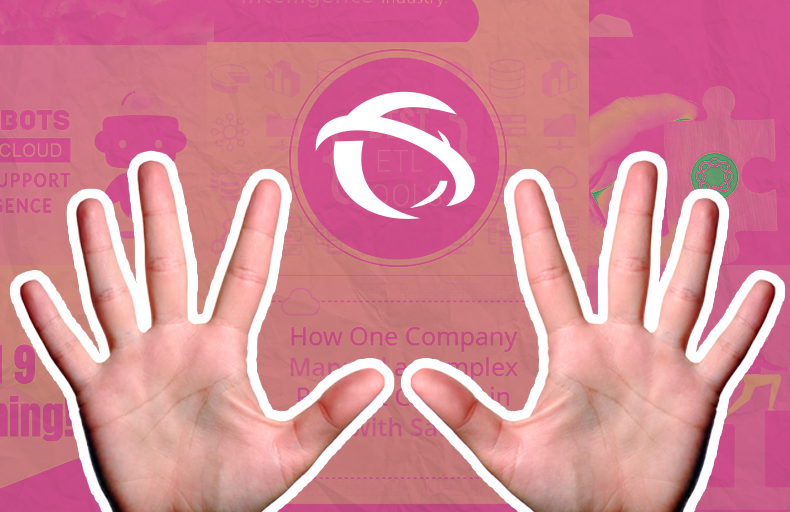 Didn't find what you are looking for?