Mobile applications have become a crucial business tool for many organizations across various industries. With 2.9 million apps[i] in Google Play Store and 1.85 million apps in Apple App Store, it’s evident that businesses cannot overlook the importance of mobile apps to serve their customers better.

However, developing a mobile app that’s compatible with different platforms and operating systems is one of the biggest challenges for many businesses.

And cross-platform programming is the missing piece of the puzzle.

What is Cross-Platform Programming?

As a matter of fact, when developing mobile apps, developers have to write different types of codes for apps to run seamlessly on different platforms. And it not only increases the time and cost of the development but also the time to market for such applications.

Any business that decides to launch a mobile app knows how critical it is to have versions for both iOS and Android. While Android has a 72% of market share, iOS also has a strong user base, accounting for 27% of the market share.

Thus, businesses cannot afford to overlook a large part of the market by building a single native application.

Using a cross-platform mobile app development approach allows developers to build apps that are compatible with Android, and iOS. It provides businesses with a faster, cheaper, and more effective way to get their apps to market.

However, the tools that developers use for cross-platform programming determine how quickly and effectively they can develop mobile apps.

Flutter is one such tool that has gained a lot of popularity recently.

Flutter is a software development kit and a cross-platform app development tool built by Google. It is used to build native-like apps across mobile, web, and desktop, from a single codebase.

Flutter uses Dart language for programming and was introduced in 2018 with out-of-the-box features. Developers have been using Flutter since then to build high-performance, scalable apps with engaging and functional user interfaces. 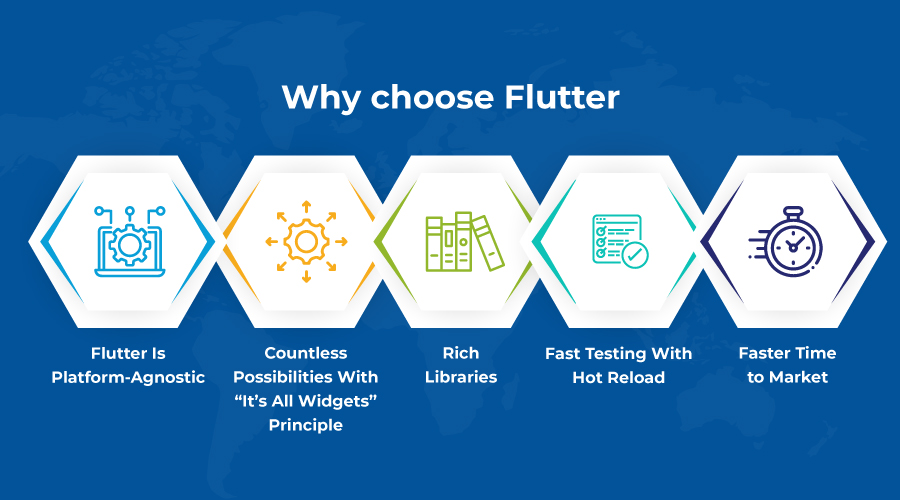 Flutter’s popularity has skyrocketed for many good reasons. Let’s explore some of the benefits it offers.

Unlike other cross-platform tools such as React Native and Xamarin, Flutter comes with inbuilt user interfaces (UI) that are also platform-agnostic. This is because any platform-specific UI components are not required by Flutter’s Skia rendering engine.

Flutter is a widget-based technology, which means you can implement object-oriented programming to any element. Create amazing visuals for your app with Flutter’s custom widgets without having to worry about the user interface on different devices.

Flutter uses the Skia Graphics Library which is known to be one of the fastest open-source graphics libraries. It helps deliver a smooth and quick loading app experience by redrawing the UI every time a view changes.

With the hot reload feature, you can see any changes made in the code immediately, which makes the app development process easy and much faster. Since all the changes made are visible in real-time, it’s easier to experiment with the code and fix bugs on the go. It also plays a crucial role in improving the collaboration between designers and developers.

One of the primary reasons for using a cross-platform app development framework is to reduce time to market. Given the cut-throat competition in the market, it’s no longer a luxury but a necessity.

Flutter’s code reusability is up to 80 percent. This not only reduces the man-hours but also gives it an edge over its competitors such as Java, and Swift. Flutter’s Declarative APIs also drastically increase performance and development speed.

Like any other framework, Flutter is not perfect. It also comes with its own challenges, such as:

Flutter: What the Future Holds?

Flutter has already captured the interest of many established and fastest-growing businesses. In fact, as Google continues to improve its tool, we’re witnessing monthly improvements in the Flutter SDK.

Moreover, with the beta release of Flutter’s desktop support, you can now also create apps for both web and desktop.

While Flutter is relatively new, it has some amazing features and capabilities that make it an ideal choice for mobile app development.

In this blog post, we’ve covered almost everything that helps you understand why Flutter’s popularity is growing rapidly and what challenges it offers.

Want to Get a Cross-Platform Mobile App Developed? Contact Us!

Grazitti’s mobile app wizards can help you develop feature-rich cross-platform mobile apps with consistent and amazing user interfaces. Should you want to know more, email us at info@grazitti.com and we’ll take it from there. 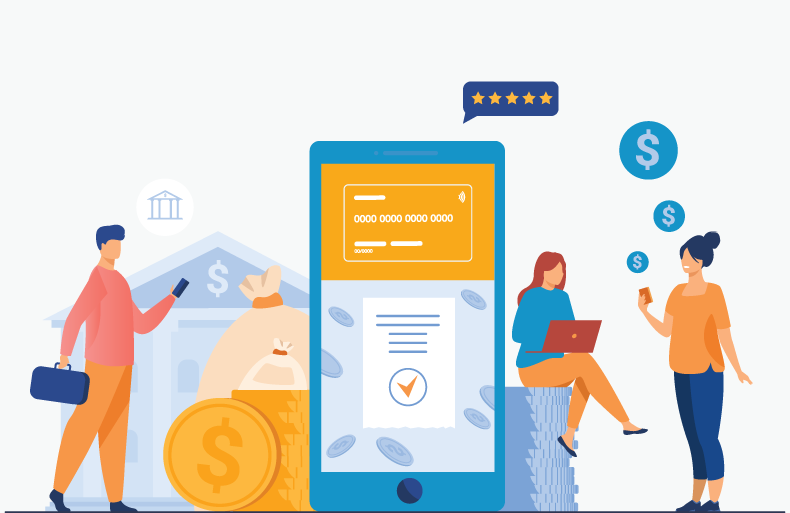 Reasons Why .Net Framework Is an Ideal Choice for Fintech App Development 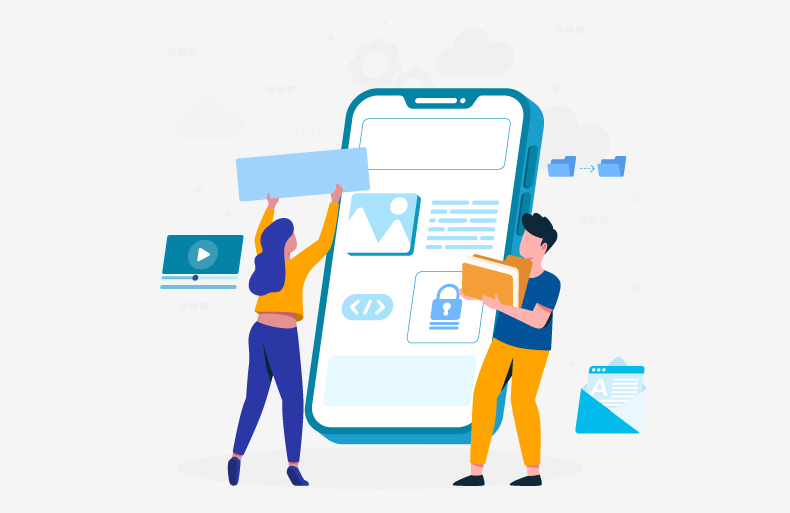