Building a mobile app is a sure-fire way to leverage this exponential growth for your business.

Are you wondering which app to build and which technology to choose from?

While this varies from business to business, a mobile app development framework that is user-friendly, economical, and compatible with both iOS and Android platforms is always a great bet.

In this blog post, we will discuss one of the most effective development solutions- React Native and the reasons why it is an ideal framework for business mobile app development.

What is React Native?

This capability has made React Native one of the most popular app development frameworks in the industry. According to the Stack Overflow Survey 2021[2], 58.08% of developers preferred working on React Native in the past year and would continue to do so in the future.

React Native is mostly based on JavaScript, a website development technology. So, developers who work on JavaScript can easily develop mobile apps using React Native. This not only saves time but also eliminates the need for developers to learn complex languages like Objective-C and Java to develop an app.

Furthermore, as JavaScript components are built on iOS and Android components, developers don’t have to create the same app again for another platform. All in all, React Native mobile app development framework is a win-win for businesses when it comes to saving time, effort, and money.

First of all, a layout is created using the codes in the JavaScript thread. This layout calculation is then offloaded to the shadow thread which constructs a tree of this layout using a layout engine called Yoga.

The communication between the two threads happens through a React Native bridge which serializes the data in JSON format and transfers it to the UI (main) thread after receiving the rendered markup from Yoga.

The main thread then renders the UI after deserialization and completes the mapping from the browser to React Native. 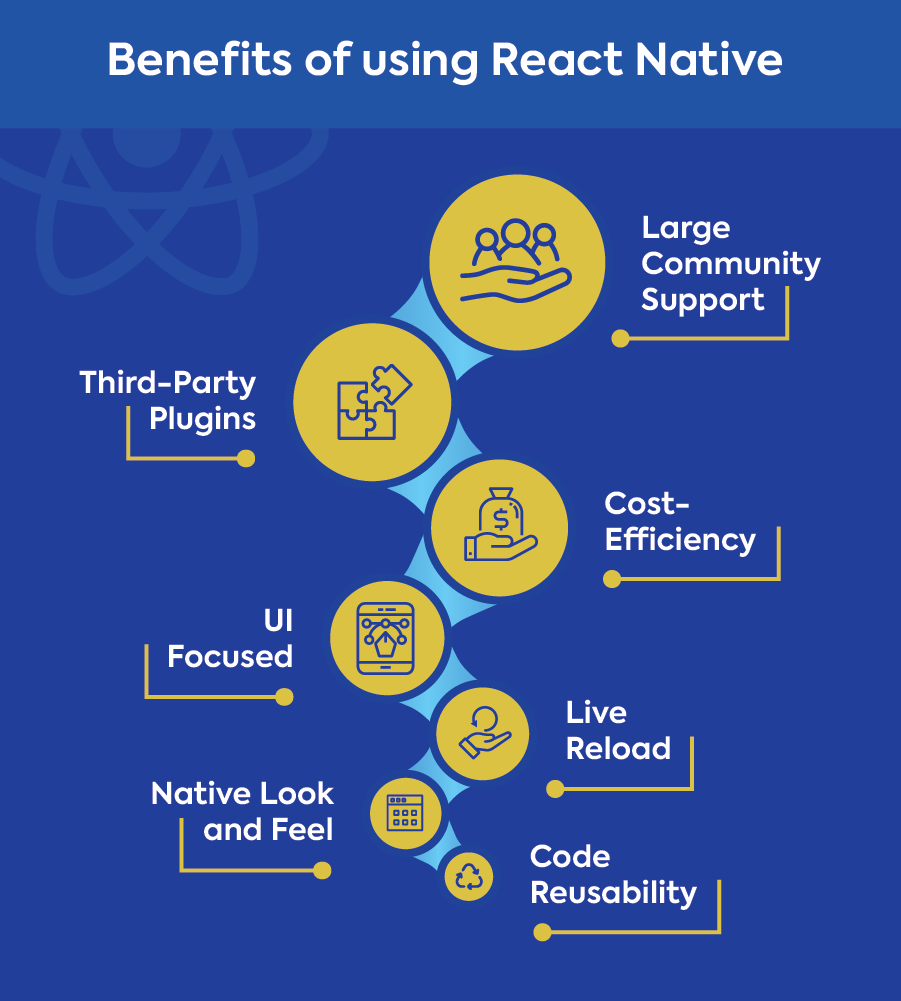 1. Code Reusability
The biggest advantage of React Native is that developers don’t need to create separate codes for different platforms (Android and iOS). In fact, around 90%[3] of the code can be reused between the two platforms which help increase development speed and efficiency considerably. As a result, you get faster time-to-market and require lesser maintenance efforts.

2. Native Look and Feel
React Native components map 1:1 with native development components. It combines the building blocks from the native user interface with its own JavaScript which gives the app a native-like appearance. Moreover, as the building blocks are the same for Android and iOS, the look and feel of the app is also similar across the two platforms.

3. Live Reload
The live reload feature of React Native allows you to see and work with changes in real-time. You can make fixes in the code while the app is loading and it will be reflected in the app with an automatic reload. You can also reload a particular area of change to save time on the compilation.

4. UI Focused
React Native uses the React JavaScript library to build app interfaces that are fast and responsive. It has great rendering abilities and uses a component-based approach which makes it easy to create both simple and complex UI designs.

5. Cost-Efficiency
As the code is reusable in React Native, it helps you save development costs upto 40%[4]. You don’t have to hire two different Android and iOS dev teams to create the app. On top of it, there are many pre-built components in React Native that further fasten the development process.

6. Third-Party Plugins
Since building an app from scratch can be expensive, React Native offers a number of third-party plugins options including JavaScript-based and native modules. The third-party plugins eliminate the need for specific web view functions and help enhance the app’s functionality and performance.

7. Large Community Support
The development of React Native actually began as a response to the need of the developer community. As a result, it has a community-driven approach with over 50,000[5] active contributors. The engineers at Facebook are always developing and updating the platform and the availability of such enthusiasts makes it easier to get expert support.

Check out this case study on how we helped a Home Utility Services company build a feature-rich React Native mobile app for their business.

Owing to the popularity and multiple benefits of React Native, many popular brands use it as their mobile app development framework, including:

Within a few years of its release, React Native has become a hot favorite of the mobile app development industry, and rightly so. It is an efficient framework for developers, a profitable technology for businesses, and a satisfactory solution for end-users. So, if you are planning to develop a cross-platform mobile app, then look no further than React Native.

Our React Native experts can help you craft feature-rich cross-platform mobile apps with multiple integrations and impeccable UI designs. To learn more about our services, write to us at info@grazitti.com or visit our website. 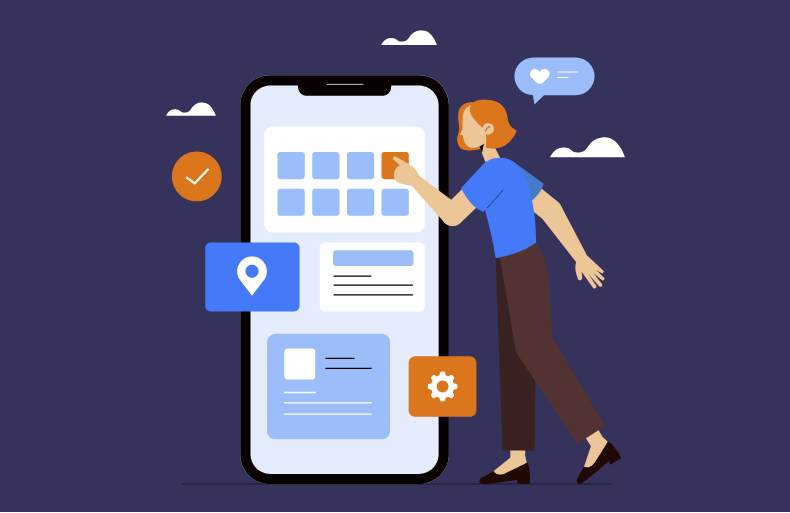 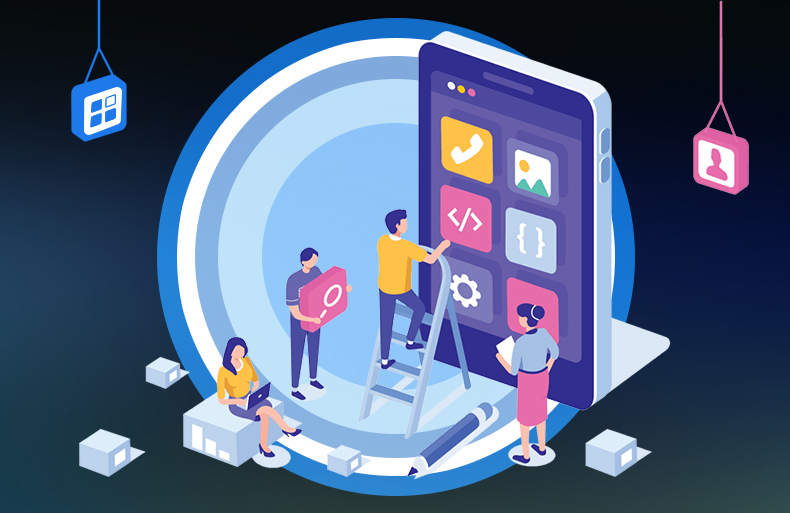 10 Reasons Why Your Business Needs a Mobile App 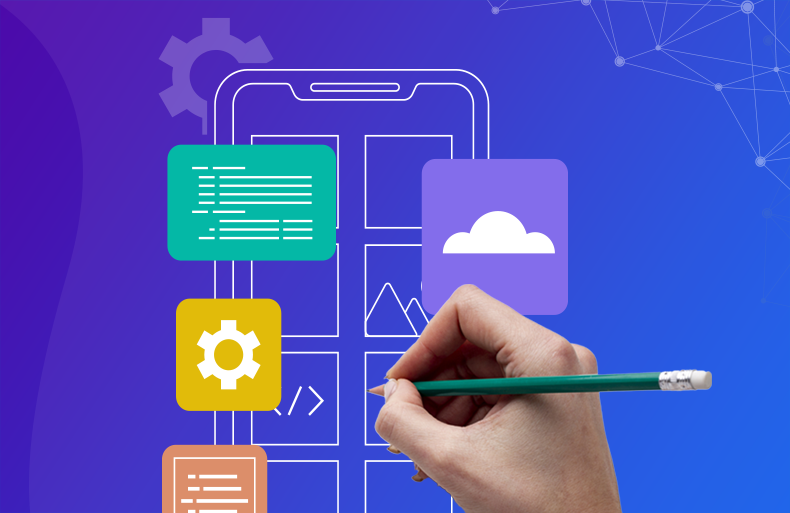