Angular 13, the latest version of the TypeScript-based web framework, is here.

Eagerly awaited by the Angular Community, it is one of the most well-planned updates, and significantly improves platform speed and performance.

Before we take a look at what Angular 13 has in store, check out 8 Reasons You Need Angular for Your Next Development Project, to learn how Angular could be the right web framework for your business.

Top Features and Updates of Angular 13

The release comes with many new features and core updates. 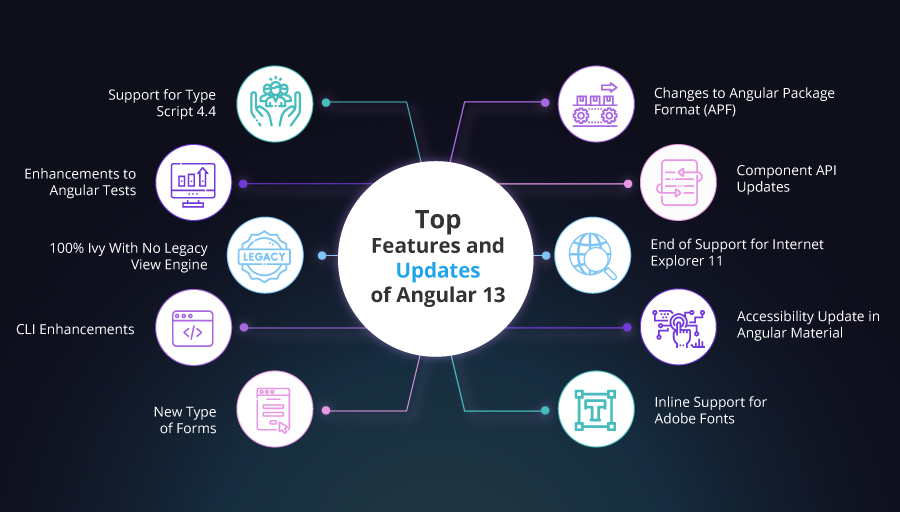 Angular 13 comes with support for TypeScript 4.4.

This means you can now use many language features including Template String Pattern Index Signatures, Control Flow Analysis of discriminants and conditions, and Optional Property (–exactOptionalPropertyTypes).

Versions prior to TypeScript 4.4.2 will no longer be supported in Angular Core.

Angular has made noteworthy improvements to its primary unit tests API, TestBed.

It now offers shorter overall test times and conveniently tears down test modules and environments after each test.

The DOM is also cleaned after every test, resulting in more optimized, less interdependent, and faster tests.

Angular 13 is 100% Ivy and no longer supports the Legacy View Engine. This offers multiple avenues for performance improvement.

Second, it can reduce reliance on ngcc (Angular Compatibility Compiler). which used to cause performance delays.

Angular 13 supports the use of persistent build cache by default. This feature cache builds results on disk and significantly improves (upto 68%) the overall development speed.

Angular has also optimized performance in the ESBuild feature. The newly introduced ESbuild works with terser to optimize global scripts.

It also supports CSS sourcemaps and can optimize global CSS and style sheets.

Angular 13 highlights a new type of form: FormControlStatus. This accumulates all status strings for form control.

For instance, the type of StatusChanges is now Observable<FormControlStatus> in place of Observable <any>.

Libraries built with the new version of APF won’t require the use of ngcc, and will have faster compilation time and a leaner output.

Other changes to APF include support for Ivy partial compilation output, Node Package Exports and removal of UMD bundles.

In Angular 13, the API updates enabled by Ivy have resulted in less boilerplate code. This does away with the need for componentFactoryResolver to be injected into the Constructor.

You can instantiate the component with ViewContainerRef.createComponent without needing to use an associated factory.

This has simplified the creation of dynamic components in the Angular framework.

8. End of Support for Internet Explorer 11

Angular 13 has dropped support for Internet Explorer 11. This will allow the framework to leverage the features of modern browsers, such as CSS variables and web animation, as well as native web APIs.

Resulting apps will be smaller and faster because the IE-specific polyfills, code paths, and differential loading will no longer be required.

Accessibility (A11y) enhancement has been introduced in Angular Material.

All MDCs (Material Design Components) have been subjected to strict accessibility norms and elevated A11y standards, such as contrasts, ARIA, touch targets, and more.

Angular 13 comes with inline support for Adobe fonts. These fonts can boost app performance by speeding up the First Contentful Paint (FCP).

This change is enabled by default in Angular. All you have to do is ng update.

Besides these updates, the highly active Angular community has also made some major contributions to Angular 13.

These include dynamic enable/disable validators, more ergonomic SwUpdate, and restore history after canceled navigation, to name a few.

With all these amazing features in its bucket, Angular 13 is sure to be your go-to framework for creating modern and powerful web apps.

Learn More About the Angular Framework. Schedule a Free Consultation!

Our Angular aces will be happy to assist you with Angular development, migration, and upgrading to build secure, dynamic, and scalable web applications customized to your business requirements. To learn more, please drop us a line at info@grazitti.com and we’ll take it from there. 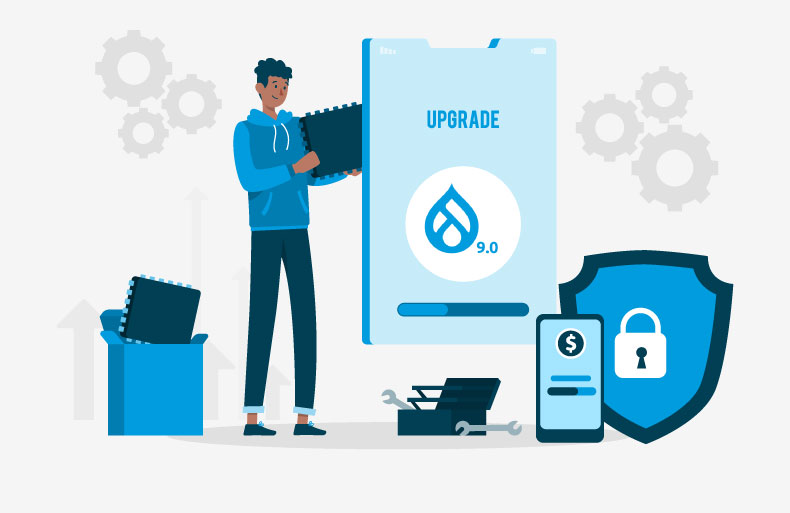 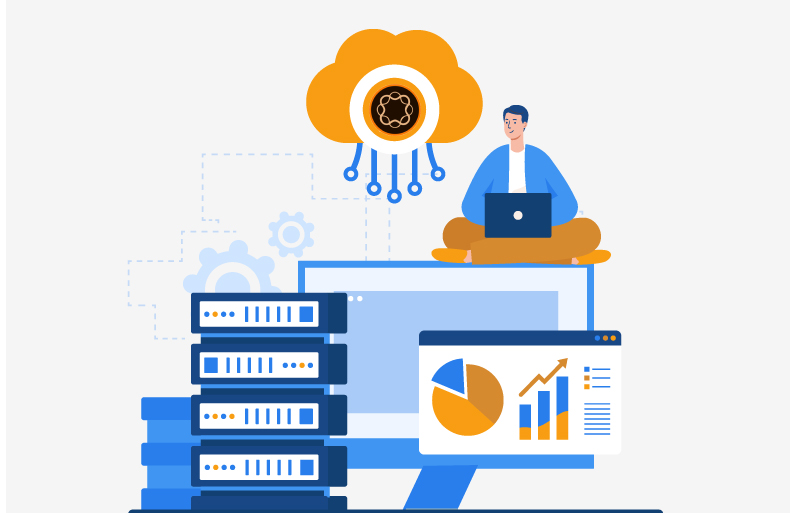 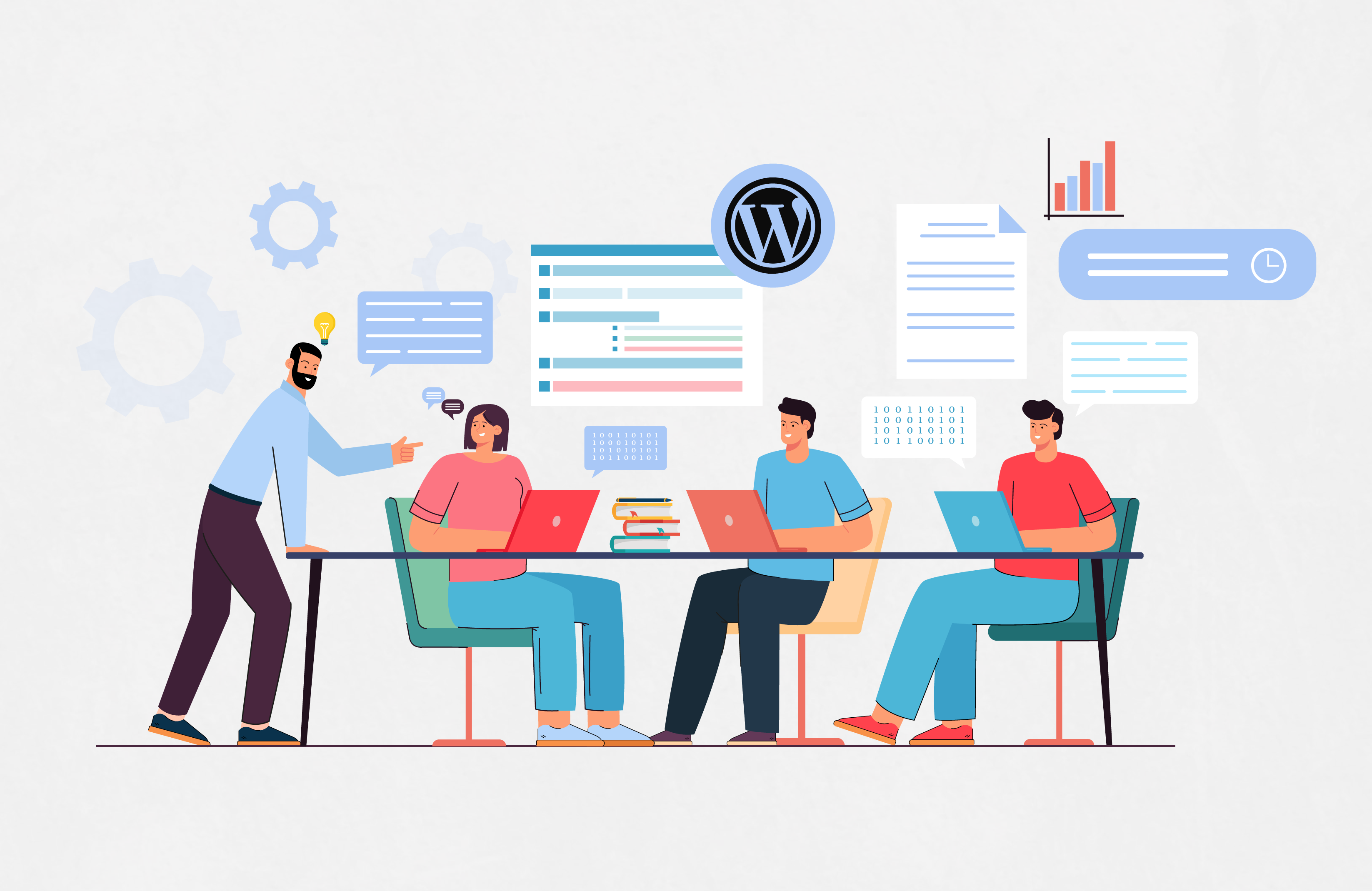 Benefits of Using WordPress as an LMS